Fix for RHEL8 derived image containers having no network

The issue with using any of the RHEL 8 derived cloud images is that NetworkManager doesn’t work with veth devices (so eth0 for a lxdbr0 IP address). Which makes the newly launched instance basically useless.

I’ve managed to create a cloud-init bootcmd section which automatically works around this issue for RHEL8 devilled containers… Disable NetworkManger which is ignoring veth derived devices (e.g. eth0) and then bring up the eth0 manually and then install and enable old school networking which does work.

I believe this PR should help the situation:

Remove a handful of NetworkManager hacks

distrobuilder injects some very qeustionable code interacting with NetworkManage…r. It seems that it tries to deal with the problem that NetworkManager doesn't like to manage the eth0 device, because it's a veth -- not a real Ethernet device. Let's deal with that in what is hopefully a more reasonable way.

We do already have some similar workarounds, are you using an image that has this fix? 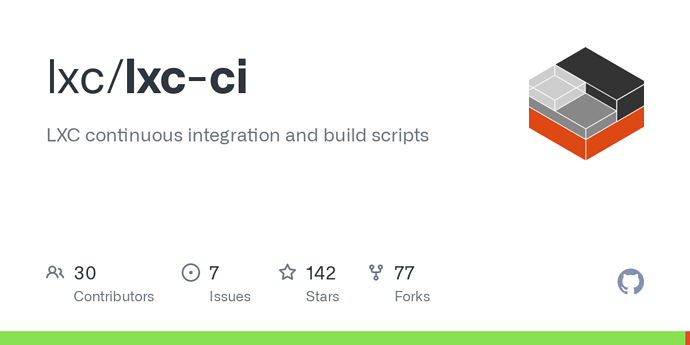 LXC continuous integration and build scripts. Contribute to lxc/lxc-ci development by creating an account on GitHub.

Hrm it might be a different issue then, as the PR I linked to basically does the same thing, but covers all images rather than specific RHEL derived ones.

NetworkManager appears to be very picky about the sorts of interfaces it will allowed to be configured.