Hello,
I created a windows VM on a linux server. Now i have an issue that the cpu usage on the host is high (50%) when its 2-4% of four cores on VM.
Can anyone say why this over consumption and also suggest if any optimization is possible in configurations?

Windows here seems to hover around 15% when usage inside the VM is at around 3%.

I suspect one difference may just be in the way this is calculated.
Presumably on the Windows side, 100% would mean all 4 cores used at 100%.
On Linux, this would be reported as 400% not 100%, I routinely see virtual machines here that exceed the 100% mark.

To get an equivalent number, I suspect you’d need to get the per-thread usage with something like ps auxH and then average the 4 vCPU threads together.

You could also divide the CPU usage reported for the total thread group by the number of vCPUs, in your case, dividing your 47% by 4, giving you 11.75%.

That’s still far higher than what Windows shows though so either you’re dealing with background operations that don’t virtualize well (disk I/O may be one) or you may be dealing with a driver issue in the VM which would use a less-ideal path on the host.

thank you @stgraber for the response.
also can set -enable-kvm as qemu parameter?

This is not needed, if you look at the qemu.conf file that LXD generates and passes to qemu, you’ll notice that it specifies accel = kvm

I could not find the exact reason for the high cpu usage. To simplify the comparison, I used VM with 1 core. Now the cpu usage on the host is 12-14% when its 5% ( Task Manager) inside the VM.
Can you help me to find why this high usage and also suggest any solution?
The attached screenshots show the cpu usage. 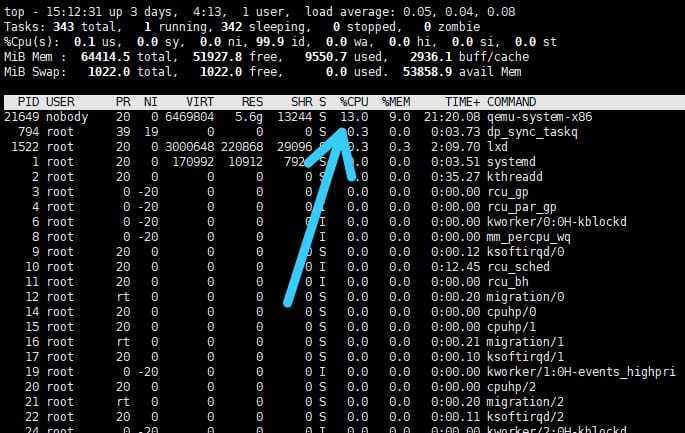 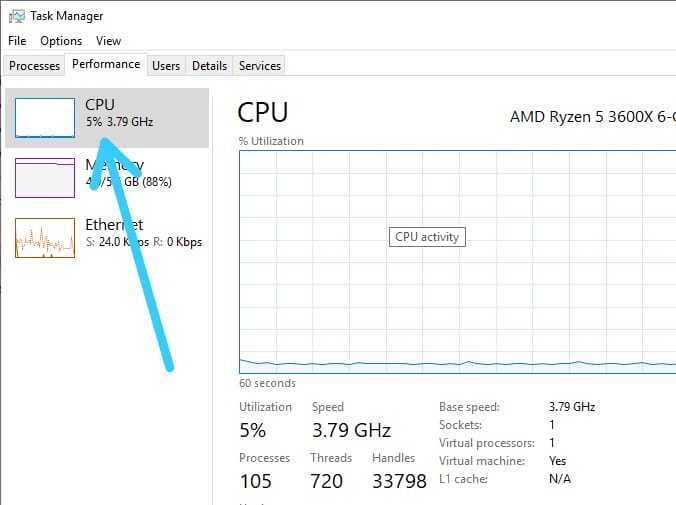