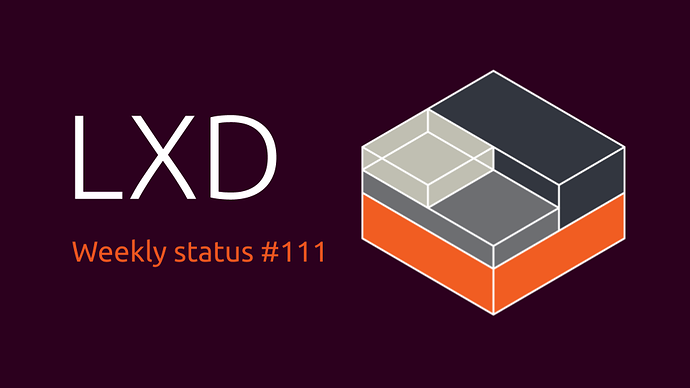 Weekly status for the weeks of the 12th August to the 18th of August.

The GPU and USB device types have been migrated to the new device framework and a few bugs introduced in 3.16 have been fixed; MTU inheritance from parent bridge device, over zealous config validation preventing an existing invalid config from being fixable, and CSV output headers removed. These have been cherry picked into the stable snap.

This week also introduced the ability to store backups and container images on an LXD storage pool so that disk space available to LXD containers can now also be used for these purposes.

On the distrobuilder side work has continued on improving the support of cloud-init in our container images (and cloud variant images).

We’ve also updated our automatic testing of LXD on other distributions, bringing the total count of tested distributions up to 16 (distro/releases combo) and in line with what most of our users are running.

This week @stgraber and @brauner are in San Diego, presenting and attending the Linux Security Summit and the Open Source Summit conferences. Details below.