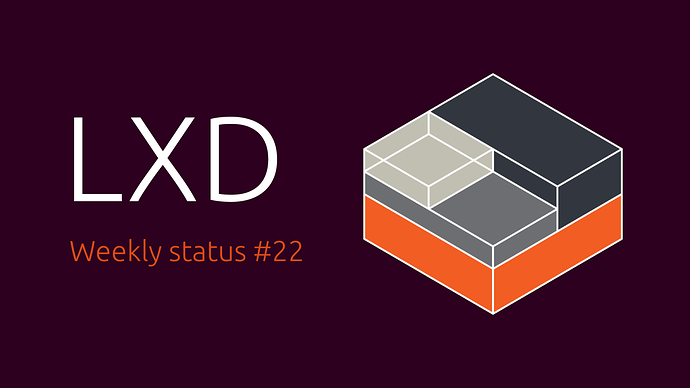 Weekly status for the week of the 30th of October to the 5th of November 2017.

Another pretty quiet week for LXD as we keep working on a number of larger features that aren’t ready to land yet. Now that the Ubuntu 18.04 development release is open for contributions, we’re pushing LXD 2.19, LXC 2.1.1 and LXCFS 2.0.8 there which will then trickle down to our various PPAs, stable Ubuntu releases and backports.