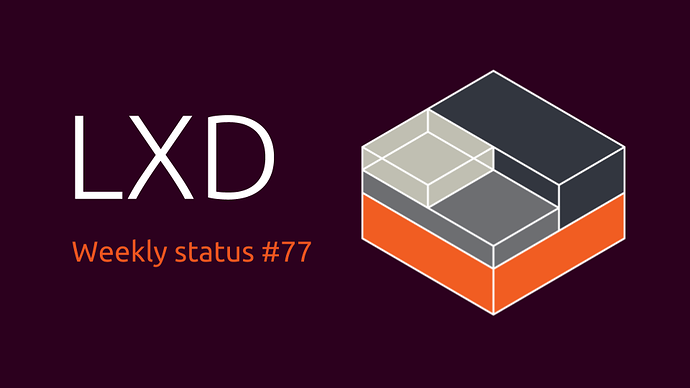 This past week we’ve finalized the upgrade of our CI infrastructure, fixing a number of LXD bugs that surfaced as part of that. Also got to do some testing of LXD on Windows and fixing some problems there too.

The kernel work to namespace binder is also making good progress with the latest version of this work available here.

This week, we’re preparing for the LXD 3.8 release to happen on Wednesday, as well as a LXC 3.1 release scheduled for Thursday and some 2.0.x bugfix releases planned for next week.