What is the way to get the LXD instances talking to each other, to the VM’s, and to other VM’s in the same VPC and subnet?

I can’t remember what kind of weird limits VPCs have these days, but in theory, good old routing should be fine.

This obviously gets more and more annoying as you add more and more VMs.
You could use one of the dynamic routing protocols to do that for you if you grow much bigger, or you could switch to using some kind of SDN that’d provide you with a bridge usable by LXD on every host.

In case this helps anyone, here is how this is solved. Sincere thanks to Sai at AWS and the team at AWS who worked on this ticket over several day period.

Caveat this has been tested only when all EC2 instances are in the SAME VPC.

The setup is LXC but it should work for LXD as well.

The goal here is to make the LXC containers on the Ubuntu 16.04 EC2 host generally available on any selected set of ports from the Windows 2012 R2 EC2 instance. It’s a generic solution so it should work with any EC2 instance calling to an EC2 LXC host.

The reference configuration is:

The LXC containers running on the Ubuntu 16.04 EC2 instance can ping the Windows 2012 R2 EC2 instance, but NOT vice versa.

The problem therefore is to establish communication from the Windows 2012 R2 EC2 instance to the LXC containers on the Ubuntu 16.04 EC2 host on any arbitrary ports.

The solution is as follows: 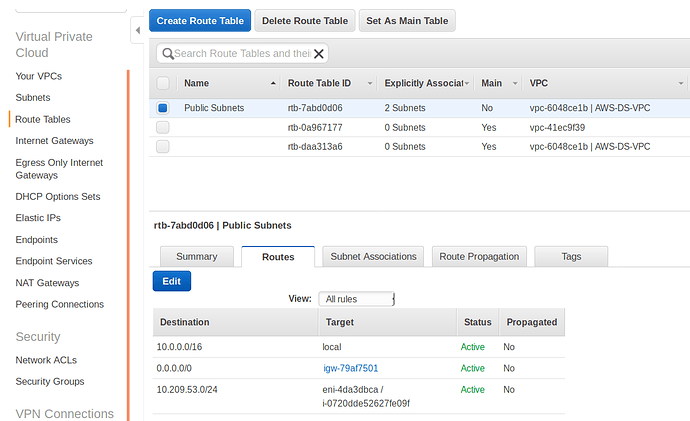 Now you have to do one more setting. 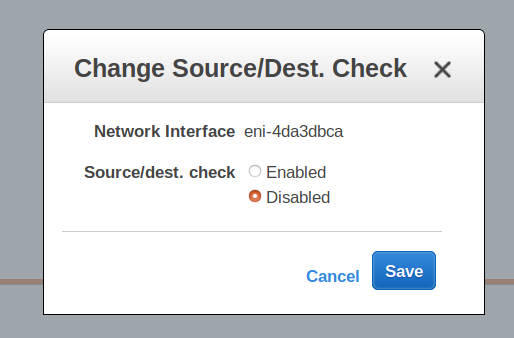 Now your calling instance, in this case the Windows 2012 R2 EC2 instance, will be able to ping and ssh and pass traffic on any other ports you choose to allow to the LXC containers on the destination EC2 host instance (in this case Ubuntu 16.04 EC2 instance) and vice versa.

Again, sincere thanks to Sai at AWS and the team at AWS who worked on this ticket over several day period.

AFAIK this same approach cannot be done with IPv6 subnets in AWS as they do not allow more specific prefixes from the /56 allocated to the VPC to be routed inside the VPC (i.e to an ENI).

I was at reInvent this week and spoke to one of the VPC engineers about this, they said they couldnt remember why more specific prefix routing was blocked, but that it has come up a few times as an issue.

Hopefully this will be something that is fixed, as otherwise getting fully routed IPv6 addresses into containers on EC2 is tricky without having to resort to managing IP aliases on EC2 instances.