How do you "detach" from the console started from the API?

Then using a command line websocket tool, I’m connecting to the operation websocket for the console using the UUID/secret provided from the above API call:

This works I’m able to interact and login via the console, however I don’t know how to “detach” from the console.

Closing the websocket connection doesn’t seem to detach the console. When I call the operations API / websocket again or from the command line I get the errors below which I believe means the console is still in use by another process.

** (I looked through the code at https://github.com/lxc/lxd/blob/873f6e045c291027fe4eba9ab7377cb0a248afde/lxd/container_console.go and I’m not very familiar with GO, but does that mean it’s looking for a SIGTERM to detach the console?)

Thank you in advance for any insight! I really appreciate it.

The way I worked around this in my project was sending exit \r on disconnect to the console, which kills the operation

I tried that one too, but in my case it drops me back out to the “login” screen of the console and trying to run the console again (after closing the websocket) via lxc console c3 or the API gives the error Error: Failed running forkconsole: "attaching to the container failed".

I think for exec’ing bash in a console that would work though, but I believe (and I could be wrong) for the console launched via the API, it’s attached to /dev/console the “system” console which is limited to one interactive session.

Oh sending exit \r over the websocket (the api) works for me!

What params are you sending to initiate the connection ? Mine look simlar to this

I can try that as another option, but my hope is to use the /console call to get to the console that a user would see as if they were plugged into the server itself. Thanks for the suggestions!

I believe I have figured out how to detach the console with the control websocket, but based on the messages the logger is showing, I’m not for sure if I’m doing it the “correct” way. However the hoped for result is happening now, yay!

I’ve pasted the LXD debug log for the entire session of the operation and control websocket for the /1.0/containers/NAME/console api call below.

Question 1:
When I disconnect from the control socket it kills (detaches) the console which is great, however the messages from the log show: (DBUG[10-15|16:47:17] Got error getting next reader websocket: close 1006 (abnormal closure):) which triggers a SIGTERM eventually, but makes me think I’m not doing it the “correct” way and is just cleaning itself up because of the socket close?

Should a SIGTERM be sent directly over the control socket somehow, like the “signal” command for for the exec api? (I tried this for the console control socket, but didn’t trigger anything).

Question 2:
The initial console size passed via /1.0/containers/NAME/console or any resize command sent over the control socket doesn’t seem to be changing the console window size. It always remains at 80x25.

For reference I tested the resize over the control socket for a bash session that was started with /1.0/containers/NAME/exec and the resize command did work and the console window resized correctly.

Screenshots of console after resize command sent with size still at 80x25 it appears: 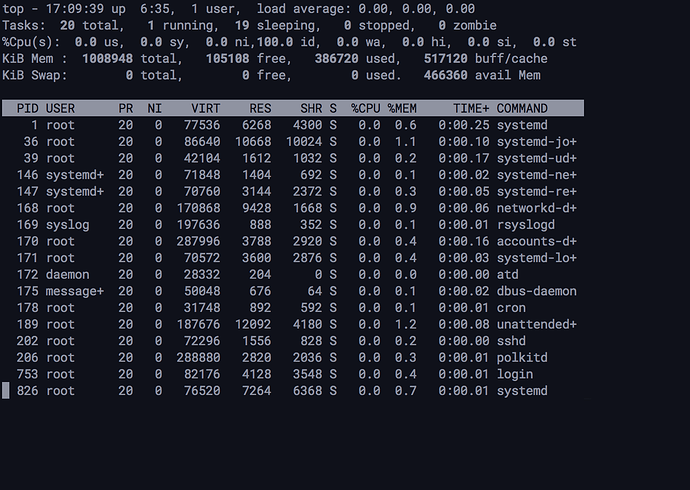 Sorry to ping you directly @brauner it seemed this may be your area of expertise from the commit log on that area of code (https://github.com/lxc/lxd/commit/4735c05343f67cac86447a1c65249faf3d90379e). I apologize if it’s not as I don’t want to burden you with notifications / help requests. Thank you in advance!