How to run a containerized Desktop Environment in a Window?

I’m trying to run a distro with a Desktop Environment in a container and let it render on DISPLAY :1. Basically the same thing @simos suggested here.

However, I don’t seem to be able to get it working. Any chance you can point me towards the right direction? I’m using the following profile and user-data:

When I now login to the container as root and then run gdm3 (to start GNOME) it does not output any error and keeps running - but Ctrl + Alt + F8 is still empty (black screen).

tldr:
Take a look at a comparison of methods for using X-Servers in container by @simos: 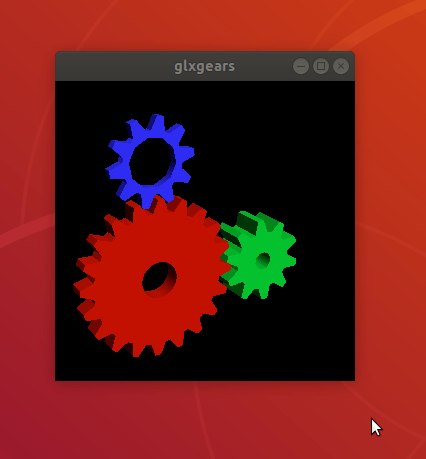 Discussion on running X11 applications from within LXD system containers

Well I am not the expert here,
but I think the main point is, simos method (there are other methods, see below) you try to use, is (as far as I know) for running applications, not the whole desktop.

Some more specific problems of your setup:

Note that the bold text below (i.e. X1 ) should be adapted for your case; the number is derived from the environment variable $DISPLAY on the host. If the value is :1, use X1 (as it already is below). If the value is :0, change the profile to X0 instead.

Take a look at simos blog: https://blog.simos.info
Maybe you find something useful.

Edit: Found a blog post from simos with a comparison of methods:

Discussion on running X11 applications from within LXD system containers

The two basic scenarios are:

@toby63 thank you so much for putting this information together - lots of good stuff there! Will need play around with this a bit. What i already figured out is, it appears we need to be root in order to be able to execute gdm - so probably the uid mapping works a bit different.

What kind of Desktop graphics/video do you require?

There are several great approaches for Remote Desktop use of LXD containers to host the Desktops including x2go (www.x2go.org), using X redirection via ssh, my project CIAB (cloud in a box) Remote Desktop system (https://github.com/bmullan/ciab-remote-desktop ) and others.

I‘d love an LXD based desktop solution which runs locally, is as performant as possible and easily reproduceable.

The goal is to integrate it into my Tins app to allow users setting up a desktop environment in a container on their local host with just a few clicks. It’s for developers and curious people alike - who want to tinker with stuff, get near native performance (incl. GPU acceleration) but don‘t break their stable every day system: 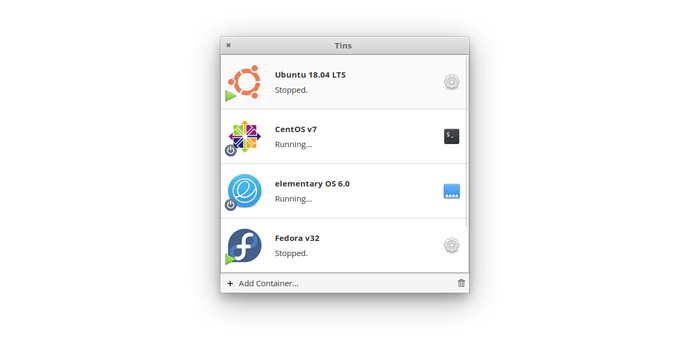 After digging a bit deeper into this, I found this StackExchange answer which clarifies the X-terminology and helped me to wrap my head around the ideal solution I am seeking:

So I guess Xephyr or xpra are the way to go - sadly @simos has not yet written a tutorial about this yet, so it remains unclear if this solution provides GPU acceleration.

@marbetschar
For xpra you might take a look at lxc or docker stuff.
I once searched for that too (never really tried that though), and there are some Howtos and Repos with scripts and profiles existing, maybe you can modify them for the use with LXD.

so it remains unclear if this solution provides GPU acceleration.

There is a difference between client rendering and using OpenGL for applications inside xpra: http://xpra.org/trac/wiki/Usage/OpenGL

by using ​VirtualGL, which delegates OpenGL acceleration to a real GPU

I got some sort of working solution now - unfortunately it seems to be highly unstable (see below for further information on this):

… overall it seems we have to be rather lucky if everything goes well. Which leads me to the problems I encounter:

Problems with this approach:

I’m also wondering if it is possible to build and publish out-of-the-box, desktop environment enabled images to images.linuxcontainers.org (or some other public mirror)? This would save a ton of bandwith, and would probably dramatically improve the success rate of setting such a container up.

In case you want to experiment yourself

Feel free to clone the project from GitHub, as of now Ubuntu Focal and Ubuntu Bionic are the only two Desktop Environment enriched Distro flavours.

There are some solutions in cloud-init:
https://cloudinit.readthedocs.io/en/latest/topics/examples.html#reboot-poweroff-when-finished

Though thats not perfect. I guess I will write a feature request for this.
Update: I opened an issue report for this: https://github.com/lxc/lxd/issues/7364
You might want to add info, suggestions or changes to it

use xrdp and then do IP table to listen 3389 of container xrdp port to host port.

@Manishfoodtechs the goal is to provide a general purpose solution which allows to run any combination of desktop environment and distribution in a container - whether a particular desktop is too resource heavy or not is up to the end user to decide.

Thanks for pointing me towards Xrdp, I’ll check it out! Although I’m not sure what it implies in terms of performance: Does the container need to run its own X server for this to work? If so, is GPU acceleration available to it? Why/when should one choose Xrdp over Xephyr and vice versa?

Regarding the Xephyr topic:

Sadly I am not expert at this (so I might understand things wrong), but I just found this: 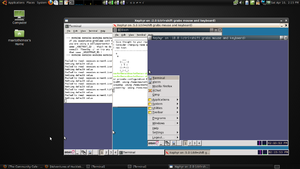 I don’t know if thats still the recent status
(it looks like there have been some changes:
https://phoronix.com/scan.php?page=news_item&px=Xephyr-7-GPU-Multi-Seat
https://www.phoronix.com/scan.php?page=news_item&px=MTYyMjc )
but if it is, Xephyr might not be so powerful (regarding 2D and 3D-rendering etc.).
Unfortunately my quick search could not find better information on this.
But it seems that at least the Glamor changes should be merged now (so better 2D-acceleration is likely included).

Interesting comparison (by mviereck, you already discovered his repo I read): 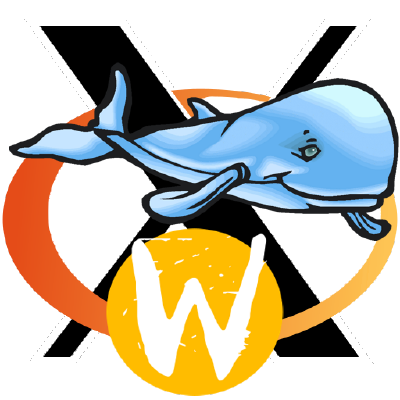 Update:
I see you already got some answers:

Tins: Which tools do you recommend?

Hi @mviereck 👋️, I'm currently tinkering with LXD to achieve something similar to what x11docker does (my approach is named "Tins"): The...

@marbetschar Thanks for looking into all this.

Yet another option is to get GNOME Boxes to support LXD containers. This will be more involved though, since GNOME Boxes currently interfaces with the VM over libvirt only (last checked over a year ago).

Linux offers too many ways to run GUI programs on some other computer/VM/container and get the output on your local X11 session. You can just pick the easiest for you for now, just to get something working.

I have tried to use tins in a LXD container, that supports nested containers.

Then, got a shell in there.

The above instructions have two issues,

By having a reproducible environment, it should be easier to develop.
It is great work and I love reading this thread.

@simos thanks for your kind words! For now I’m primarily focus on getting the graphical environment up & running and had success so far for starting and configuring weston and Xwayland (Audio support should follow as soon as the GUI works).

I followed your instructions from your blog, and with Xephyr it worked - but now there seems something wrong. Any chance you can point me towards the right direction?

You’ll find the complete details with config outputs etc. in this GitHub issue:

Support starting a Desktop Environment in a Window

It should be possible to start another Desktop Environment from a container in a window.