I’m guessing this is a new feature, as I don’t have ZFS utils installed on this host, but would like confirmation. When I ran **lxc init** I wasn’t asked what storage backend to use:

Followup question: Suppose I start out using dir as my storage backend. Is it possible to install/configure ZFS after the fact and switch any already created containers to using this new storage backend?

if you are not asked, that’s because there is only one:

dir is always available, usually btrfs is available and zfs is not by default (evil software…)
So you are using dir (check with lxc storage info default or show default)
BTW, you are titling your post ‘lxc init’, and the screen dump shows ‘lxD init’.

There are posts on this forum on copying containers from a storage to another. let’s see…

Hi! I’ve added a new hard-drive to my server with the idea of running ZFS on the entire disk, and not just in an image file. I would like to move my LXD containers to the new disk, but it doesn’t seem to work. I’ve tried following the tips mentioned in these 2 topics: Or, in more detail: lxc storage create tank1 zfs source=/dev/sdb1 lxc profile create tank1 lxc profile device add tank1 root disk path=/ pool=tank1 lxc copy vm1 vm2 -p tank1 That gives me Error: copying containers betwee…

Thanks for your response. What file is your referenced code snippet from? I kept careful notes while running lxd init on this machine and it definitely asked me what storage backend to use:

I’d like to check to see if that code is present in lxd 3.10, as this machine has neither btrfs nor zfs installed/available AFAIK.

Curious: why to you suggest ZFS is evil? I’d be happy to use btrfs, but it always seems to suffer from scary stability problems, and I can’t risk losing data on my production servers.

Finally, updated the title of this post – thank you for catching that error.

zfs evil was mostly a joke, there is a controversy I never looked into, I believe it’s linked to patents owned by Oracle (not sure) and as such for legal reasons zfs is not shipped by default by many Linux distros. So you always have to enable it yourself, like with Nvidia drivers, or some Dvd copying protections workarounds. This leads to incredibly boring forum fightings.
To not even have to think about this borefest, I have just used btrfs everywhere. So I’m not (too much) evil

And btrfs probably deserved its bad reputation at some point, but I had a crash due to full disk in a very recent test and the not very important data was good to go afterwards, so this very scientific test is positive (so far)

About dir storage, it is only to be used when nothing else is possible, LXD designer said so (bad performer and not every feature available, especially snapshots, and that’s a pity to not have snapshots with containers if you ask me)

A couple of corrections, though. First and most importantly you can definitely still create snapshots when using dir storage. On exactly the same machine I reference above:

Regarding ZFS, the problem is not patents, but rather that the ZFS license, CDDL, is too permissive for linux, which is licensed under the GPL. You can read more about that here: 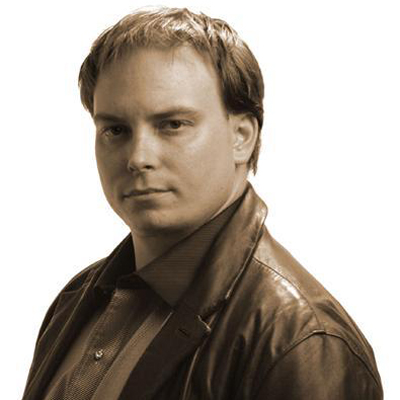 BLOG: By WARP Mechanics’ CTO. It’s common knowledge that the Linux kernel, and most Linux software, is licensed under the GNU General Public License. Also known as “GPL”. In contr…


I’m OK with ZFS forever being an add on, although one does run the risk of introduced incompatibilities, i.e. what just happened with the release of the linux 5.0 kernel, which removed a questionable internal ABI that ZFS was using. Finally, Ubuntu does package ZFS as part of their distro, hence the liberal use of ZFS in LXD.
gpatel-fr March 16, 2019, 9:58am #6

you can definitely still create snapshots when using dir storage

oh my bad you are correct.
Well, it’s not copy on write though that’s why I had remembered it as a ‘no’.
https://lxd.readthedocs.io/en/latest/storage/