Sorry for the repost, I want to distance from the name LxdManager as its no longer associated with me because I was silly and didn’t buy the domain name (doh!)

Anyway because somebody bought the domain name it stirred me into action so I have made some general improvements to the UI as seen by the screenshots seen below,

I have also got my “serverless” implementation working but isn’t up on Github yet, hopefully Ill release before my “real” work load begins to spike again,

Anyway here are some screenshots and the repository is here LxdMosaic, any comments or issues just add them into the issues system 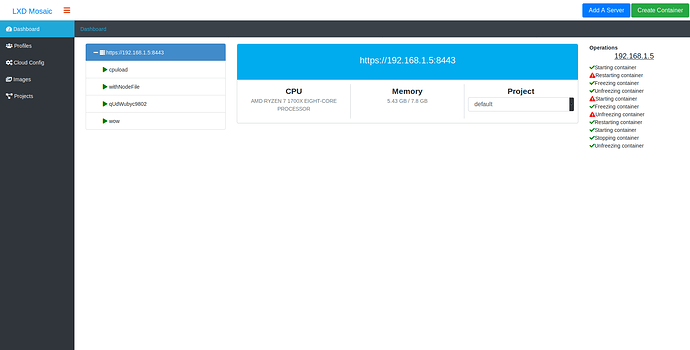 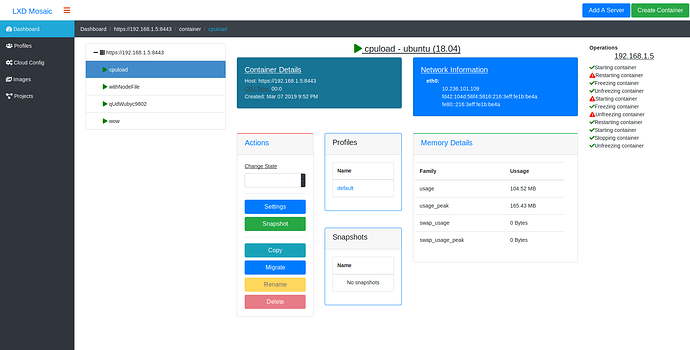 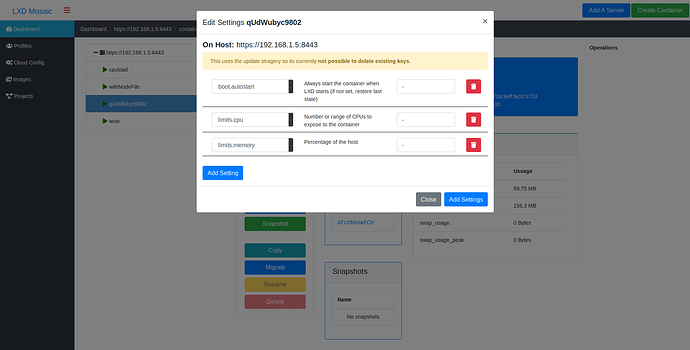 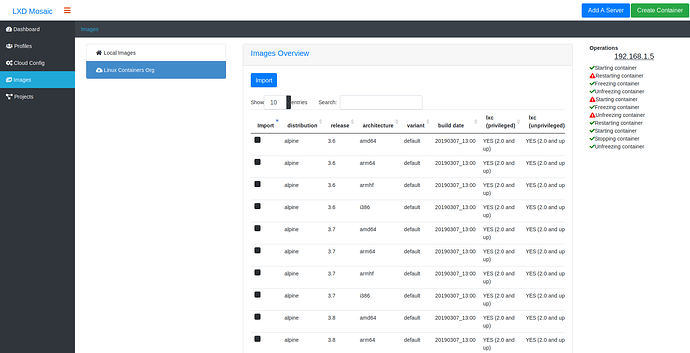 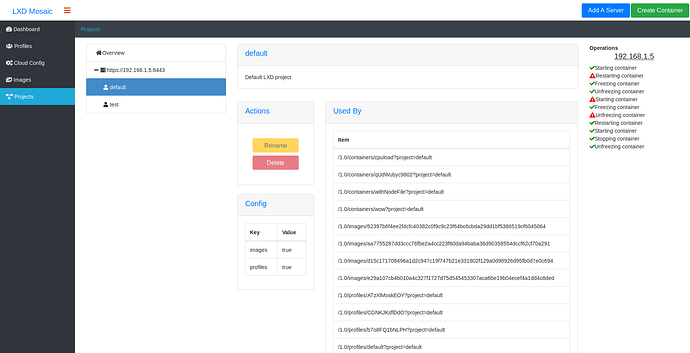 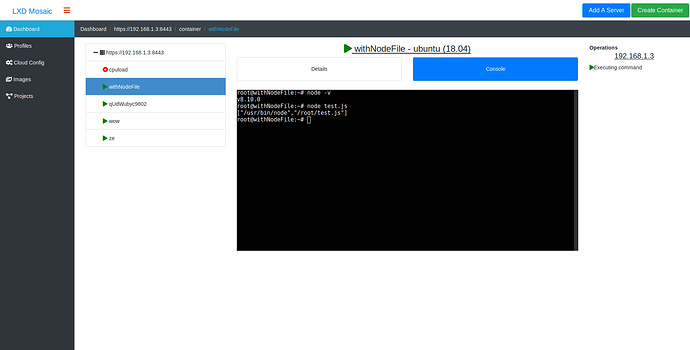 Just pushed a fix that should stop needless sockets being opened and not closed & the front end not updating correctly!

Cool, are you directly pulling the same YAML files that we are?

yeah, although i did store them in the db as the repository doesnt seem to accept pr requests that often!

Yeah, Dustin doesn’t appear to be updating those definitions very often.
LXD is configured to check every 24h and update if we find any changes, in our case we’re keeping them stored as YAML on disk I believe. 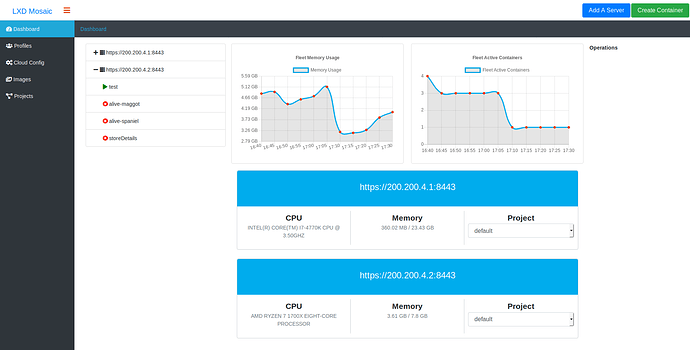 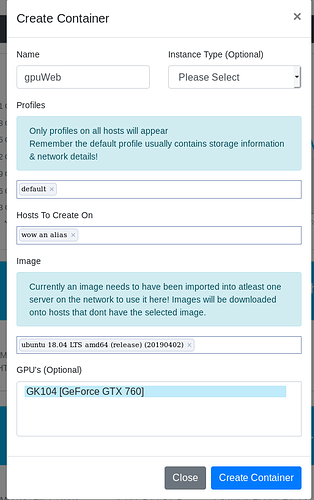 I have also got my “serverless” implementation

I’m really looking forward to this.

Having a container be created from a “cold start” (where no container exists to serve the request) was no problem but deciding when to freeze, stop, delete or deploy a new container became difficult because of the in-ability to watch load averages of indivudal containers,

As load avg is going to appear in lxcfs at some point but it may not be available by default and no news as to when im wondering if there is some black magic I could employ or there are some other ideas about how I could watch cpu resource consumption ?

Sorry to make noise but maybe @simos you can help ?

The pulll request with instructions for testing

Here are some screenshots;

Added storage information & deployments has been merged into master 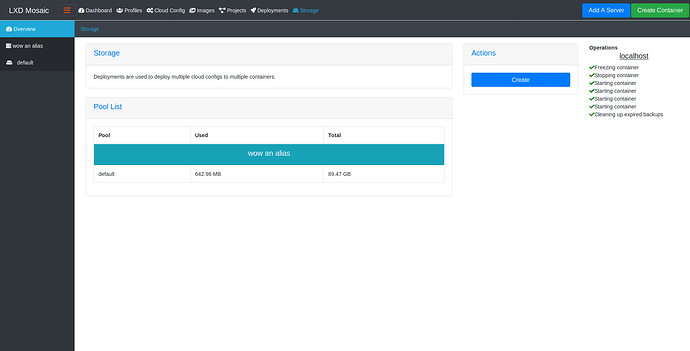 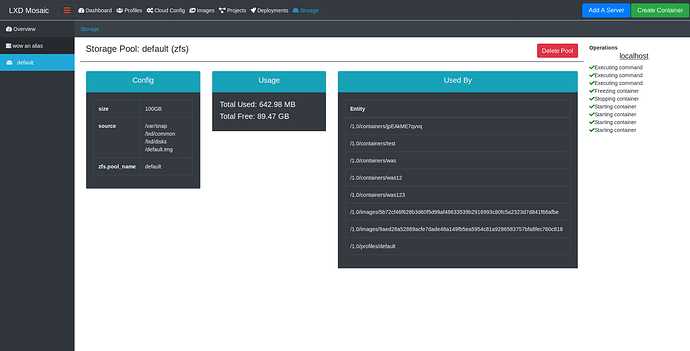 heres the changelog from version 0.4.0

Hi @turtle0x1. I have been working with LXD Mosaic for a while now and have some feedback I would like to share. What is the best way to provide it? You can reach out to me directly via email: rkelleyrtp at gmail dot com

Hey @rkelleyrtp either open issues or you can email me at

Hi, I think the project is great. Two features I think is sorely needed are

3 there is quite alot of ways todo this already, usually network interfaces are defined in profiles and you can add additional profiles (the one that contains the network information) when creating the container