Announcing this here as it may be of interest to GitHub/LXD users. 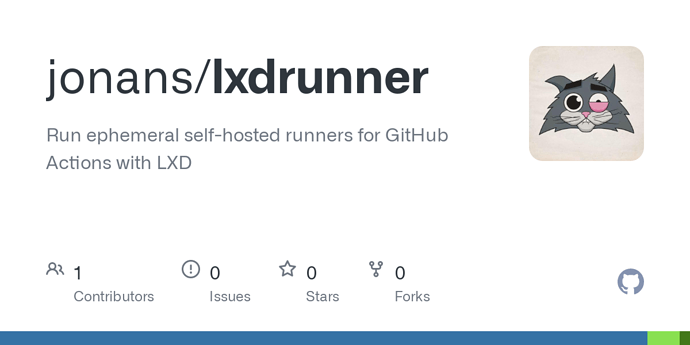 For those not familiar Github Actions is their own CI/CD service which is either hosted by Github or self-hosted using their runner client. This hooks LXD into that, providing pristine ephemeral workers for every job without intervention.

Its a bit rough but already usable and making good use of it running matrix builds in containers and VMs. There are various issues to resolve, check the TODO list if interested.

I’ve been looking into this a bit in the past and considered any real work on this to be effectively blocked by https://github.com/actions/runner/issues/510 as without a reliable way to have the runner consume only a single job, we’d run the risk of a second job being partly consumed by the runner causing random failures.

Isn’t that also a problem with your approach?

Probably as Im also using the --once flag and came across that ticket. But I have yet to confirm it as the majority of my failures have been due provisioning (shell setup script, error handling etc). According to issue they are working on it so I am hopeful it will be fixed at some point.

Guess I should come up a with a test case to reproduce it, see how it works and see if it can be worked around. A large queue of jobs with max_workers=1 should do it.

There are some k8s, and docker projects also using the --once flag so need to investigate.

The runner client is also open so might be worth poking around to see if anything could be done from that end: 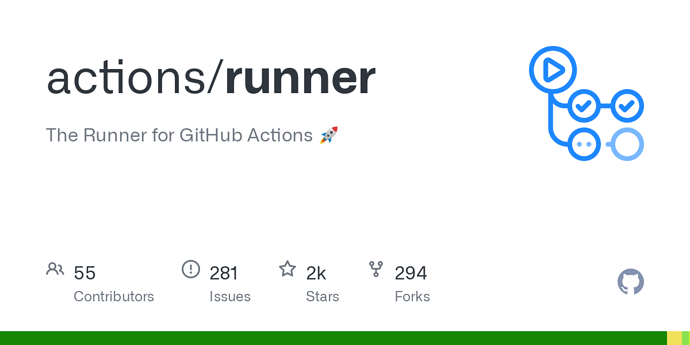 The Runner for GitHub Actions :rocket:. Contribute to actions/runner development by creating an account on GitHub.