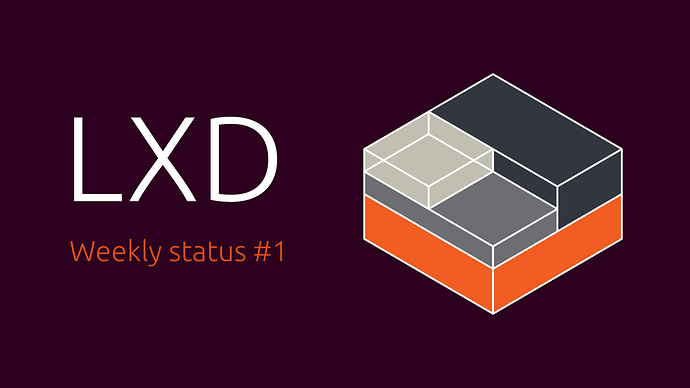 From now on, we’ll be publishing a weekly summary of the work that happened on LXC, LXD and LXCFS. Including links to the relevant Github issues, commits and pull requests.

This is meant as an easy way to keep track of what’s going on upstream and what can be expected in our upcoming releases.

The LXD team spent the week working together in Denver, Colorado.
Most of it was spent writing detailed specifications for new features. Those discussions will result in a number of Github issues to be updated with a more detailed plan of action and then getting scheduled for implementation.

Some of the topics we covered are:

LXD has been mostly sticking to a monthly release schedule for a while now.
This seems to work well given the fast development pace of the project.

LXC and LXCFS don’t have such timed releases and haven’t seen a feature release since the 2.0 LTS, only getting the occasional bugfix and security updates.

We’ll now be changing that by having both LXC and LXCFS do a feature release (non-LTS) every 6 months, which we expect to support for about a year (unlike the LTS releases that we support for 5 years).

Here is our plan moving forward.

The items listed below are highlights of the work which happened upstream over the past week and which will be included in the next release. Some of those may still be in progress as not everything can be done in a week.