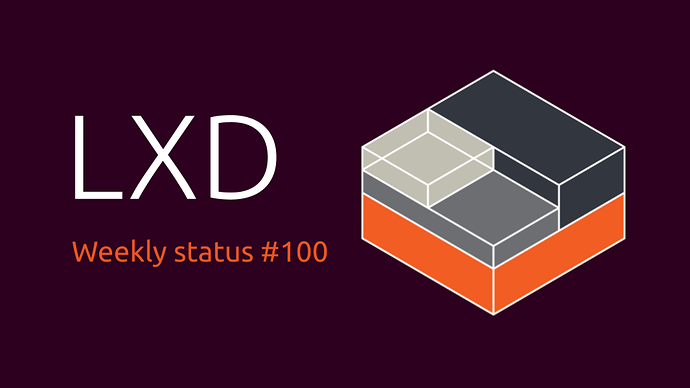 This past week wasn’t terribly busy for the LXD team due to a combination of holidays in Europe and additional time off taken to get long weekends.

But that didn’t prevent several bugfixes from getting included into LXC and LXD and ongoing work around our database backend and networking rework to continue.

We’ve also merged support for both Devuan and Kali in distrobuilder, both of which now have daily images published for consumption by LXC and LXD users.

We’re still looking at adding those OpenWRT images too, which hopefully will make it later this week.

Main area of focus now is fixing issues and clearing backporting backlog, planning for LXD 3.14 next week and the LXC, LXD and LXCFS 3.0.4 releases also planned for next week.