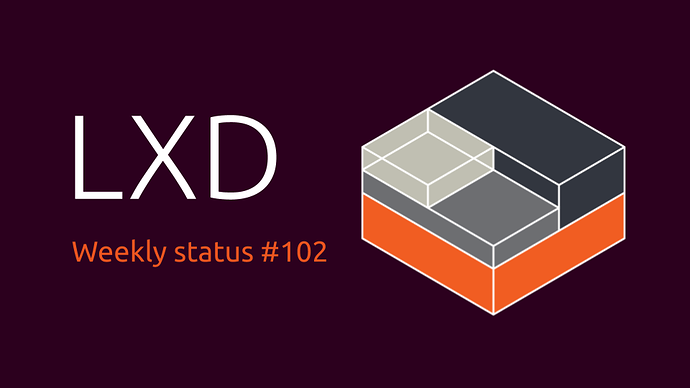 The highlight of this past week was the release of LXD 3.14 on Thursday following a few days of last minute debugging and small improvements.

Of note were improvements to syscall interception which can now be experienced by users of the LXD edge snap. Improvements there included allowing overlayfs whiteout file creation and support for the mknodat syscall allowing for more complex uses of Docker inside of LXD containers.

Quite a number of fixes around networking and clustered DNS also got merged ahead of that release, which should significantly improve the reliability of network interface hotplug and DNS record forwarding within LXD clusters.

@stgraber participated in the Montreal Snapcraft Summit last week, working on improving the LXD snap and spending time with folks at Travis-CI to improve their integration with LXD.