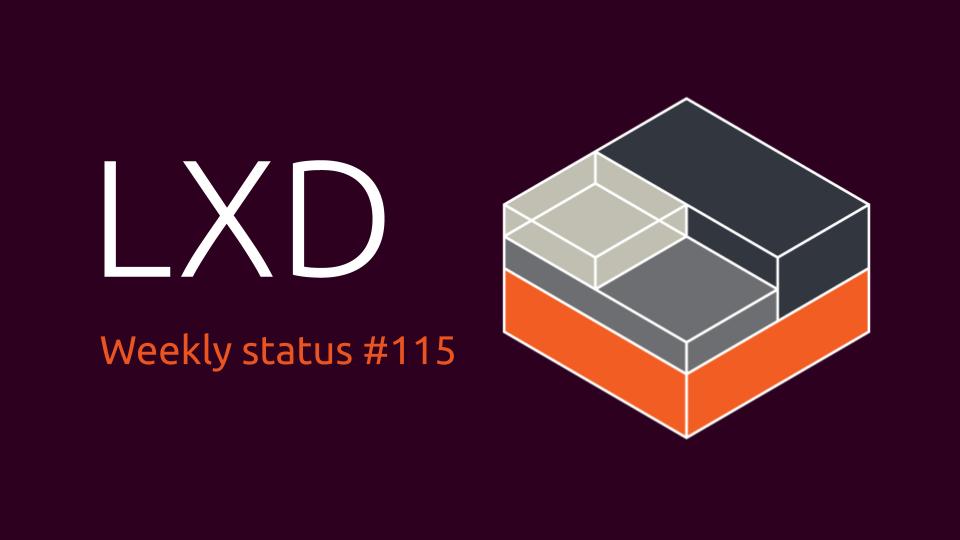 Weekly status for the week of the 9th September to the 15th of September.

This past week has primarily been focused on continuing the re-organisation of the LXD code base to support the concept of “instances” rather than just containers to allow the addition of virtual machine types in the future.

This included adding aliases to the LXD API of /1.0/containers* as /1.0/instances*, adding Instance types to the client package and adding support for instance types for images and image aliases.

The LXD storage API was improved to report further information about SATA devices.

An issue introduced with the recent devices re-work has been fixed relating to Nvidia GPU device pass-through not working properly in certain circumstances.

This week the entire LXD team are working together in Paris.