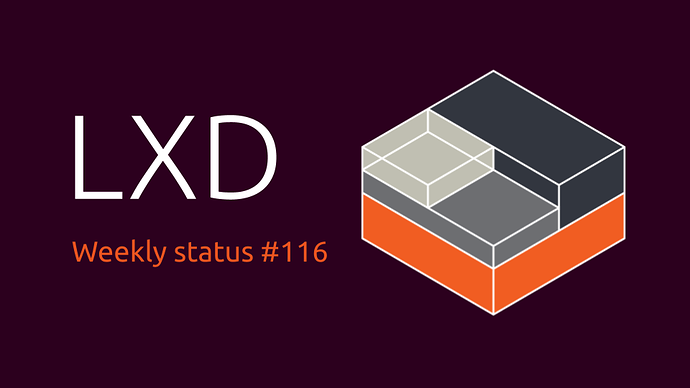 Weekly status for the week of the 16th September to the 22nd of September.

This past week the entire LXD team have been working together in Paris on the recently announced virtual machine support in LXD.

Work continued on changing references of “container” to “instance” in the code base to accommodate a new instance type for virtual machines, and a preliminary demo of VM support running on ZFS was demoed to the team. This included bridged networking support using TAP adapters, VM image downloads and support for displaying IP addresses and other metrics in the lxc list and lxc info commands by using an agent running inside the VM.

In addition several minor bugs where fixed in LXD and distrobuilder, and the documentation was improved in LXC.