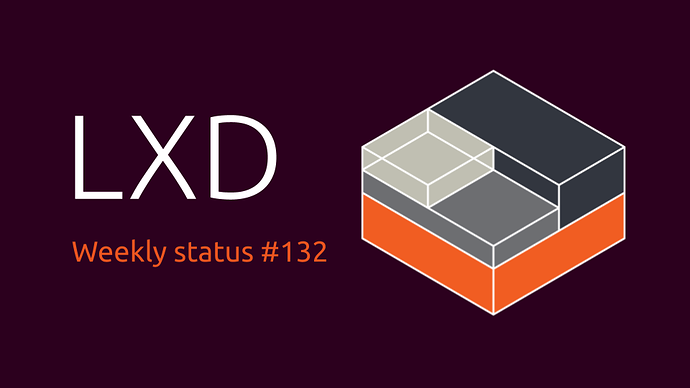 This past week the LXD 3.19 release was moved to the stable snap channel. Since then we have been focusing on fixing any issues that have arisen from the storage layer rework and the new VM functionality that you have been trying out (thanks!).

These fixes are being cherry picked into the snap stable channel, and a new LXD 3.20 release will follow soon.

We also added support for adding p2p and macvlan type NICs to VMs.

On the distrobuilder side, there were some improvements to the docs and Void Linux checksum locations were updated.

We will once again be running the containers devroom at the upcoming FOSDEM conference in Brussels, Belgium. This year it's going to be over the weekend of the 1st and 2nd of February.

The LXD team will be presenting: