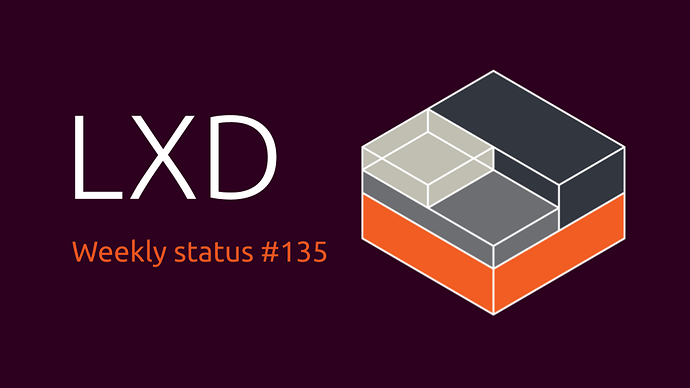 Last week LXD 3.21 was released. In addition to the highlights in the release notes, the following changes were also added:

Several bugs were fixed related to file transfers; symlinks are now followed, and an issue that could cause files to be owned by the unshifted UID if the file was pushed during container start up. Also related to UID shifting, a bug was fixed that updates the ACL entries rather than adding new ones to avoid filling up the ACL list.

A bug giving a misleading error message when attempting to delete a storage pool that was being used by instances in the non-default project has been fixed and an improvement to clustering port validation was added.

On the LXC front, we now drop groups before switching to the user namepsace root, and a small memory leak in locking was fixed.