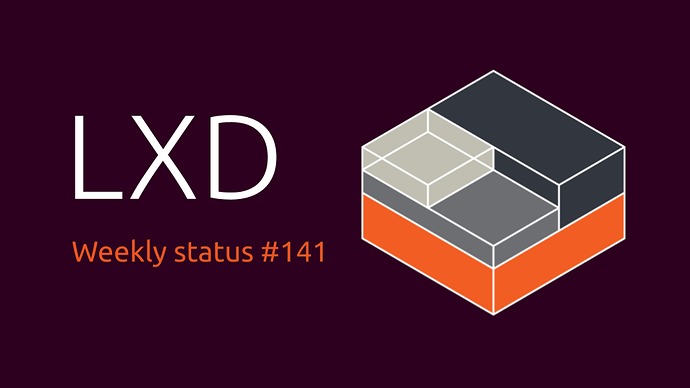 The highlight of this past week was the release of LXC 4.0 LTS!

On the LXD side of things, several new features and a breaking change were added:

LXC has also seen a lot of work going into getting exec working reliably on cgroupv2 and various kernels, compilers and C libraries.

In addition to that, an issue that was preventing containers being destroyed that contained immutable files has been fixed. A fix was read only bind mounts was also added.

On the distrobuilder side, several improvements have been added to make the VM lxd-agent more resilient during VM start up.