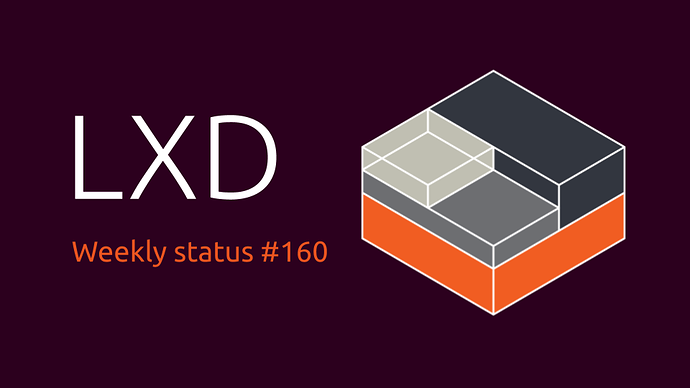 The highlight of the past week were the releases of LXC 4.0.4 LTS and LXCFS 4.0.5 LTS. Please see the release notes for more information.

This past week has primarily been focusing on bug fixes and improvements of existing features after the recent 4.4 release, as well as continuing laying the groundwork for the upcoming OVN network support.

However, we have also added initial support for running bpf programs inside unprivileged containers using the seccomp syscall interception feature. In addition to that native terminal allocation is now supported in a safe way, and there have been some optimisations added to the seccomp subsystem to reduce the number of syscalls needed.

Support for running dnsmasq inside when using nested LXD has been added to the AppAmor rules.

Support for using recent versions of rsync have been added (this is used when copying containers between nodes).

We have started using the race detector built into the Go compiler to detect race conditions and a first pass of this has resulted in several races being fixed.

Supporting work needed for allocating terminal devices safely inside a container was added.
Improvements in the seccomp notify system were added which is used by the LXD syscalls interception system.

A memory leak in the config parse was fixed, as well as an issue with the retry loop in lxd-download.

In addition to this support for the Luet package manager (used by Sabayon Linux and Mocaccino OS) was added.