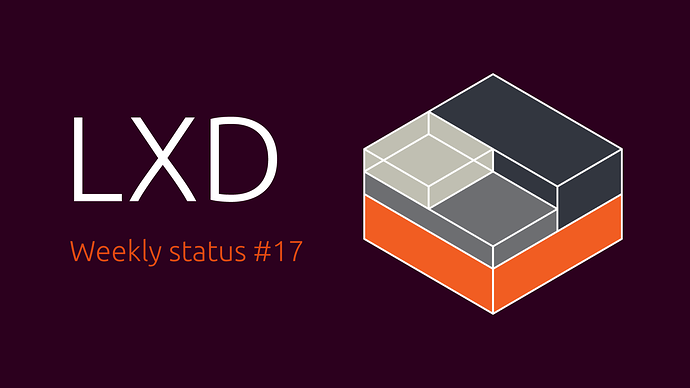 Weekly status for the week of the 25th of September to the 1st of October 2017.

This past week the entire LXD team was working together in New York city.

We used this opportunity to talk about our next round of LTS releases, LXC 3.0, LXD 3.0 and LXCFS 3.0, all to be released early next year. What kind of breaking changes we may want to do at that time and how we expect support to work for them.

As this was a shared even with many other teams and projects, we also spent a good amount of time talking about the LXD snap with the snapd and snapcraft people and working on improving our support for LXD on other distributions.

As far as progress on LXC and LXD themselves, we’ve added automatic testing for LXD on Elementary, fixed a large number of storage related issues and been merging some LXC changes that will help downstream projects integrate liblxc with OCI images and CNI networking.