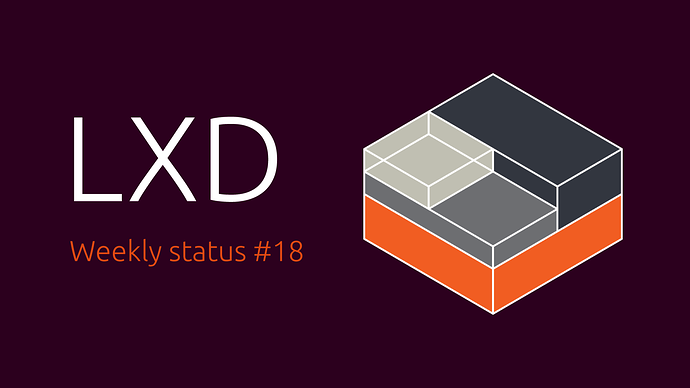 After everyone got back home from New York City, we got back to work on LXD, LXC and LXCFS.

On the LXD front, other than a large amount of bugfixes, we’ve made our online documentation available through Read The Docs. It can be found here: https://lxd.readthedocs.io

We’ve also been designing and implementing a new API to retrieve an overview of system resources (CPU and RAM) and storage pool resources (disk space and inodes). This should make it easier to interact with a remote LXD daemon sitting on an unknown physical server.

On the LXC side, a new template to generate OCI based application containers has been included. And we’ve otherwise been fixing some of the bugs reported after the LXC 2.1 release.

The other main focus across all projects has been preparing the stable branches so that we can finally release bugfix releases for all the various branches of LXC, LXD and LXCFS. The branches are all now ready and we’re doing some testing on them before releaseing. A call for testing is available here.

Lastly, we’re excited to announce that we’ll be running the containers devroom at FOSDEM 2018. More details to come soon.