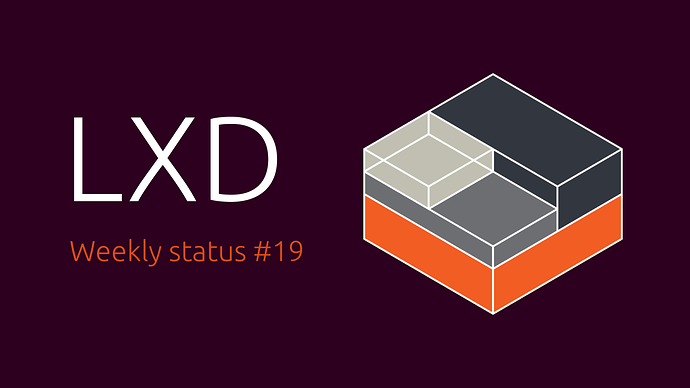 This past week, part of the team was back in New York for more planning meetings, getting the details of the next 6 months, including LXC, LXD and LXCFS 3.0 fleshed out.

The rest of the team made good progress on some smaller feature work, started working on console attach for LXD, looked into SR-IOV passthrough of network cards and infiniband devices and fixed a good chunk of bugs in LXD and LXC.

We also launched the CFP for the containers devroom at FOSDEM 2018!

This week we’ll be pushing out stable releases for all supported LXC, LXD and LXCFS releases as well as releasing LXD 2.19.