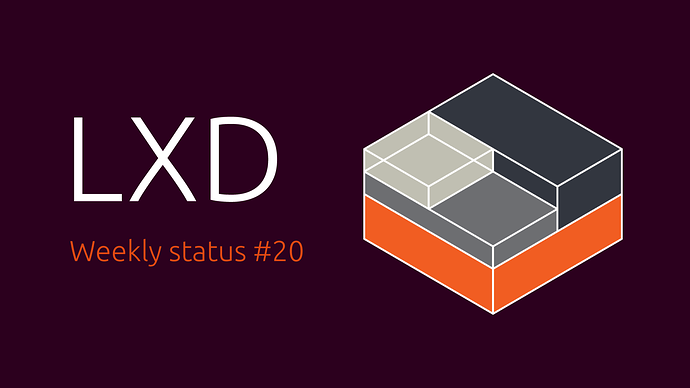 This week was busy with stable releases. All in all, we released:

We’ve also merged support for external authentication in LXD, through support of macaroon authentication tokens. This will make it possible to integrate LXD with enterprise SSO solutions.

Initial support for SR-IOV devices has also been added. Right now adding support for dynamic allocation of SR-IOV network devices. We will soon follow that with infiniband support too.

On the LXC front, we’re working on improvements to console handling with the first step there being the addition of a ringbuffer to store the console state, allowing to replay part of the screen when attaching.

@brauner and @stgraber are traveling to Prague for the Open Source Summit Europe.