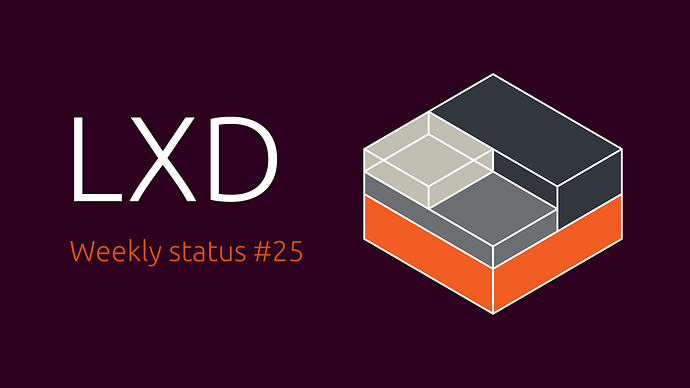 This week has been split between some upcoming feature work (infiniband and clustering), helping some new contributors get started with contributing to LXD and doing a lot of backports to the stable branches.

Following the PPA deprecation warning we issued last week, we’ve also been busy with dealing with a number of issues related to the snap package as more users upgrade to it.

On the LXC side of things, we got quite a few contributions to various part of the code, which we’ve reviewed and merged.