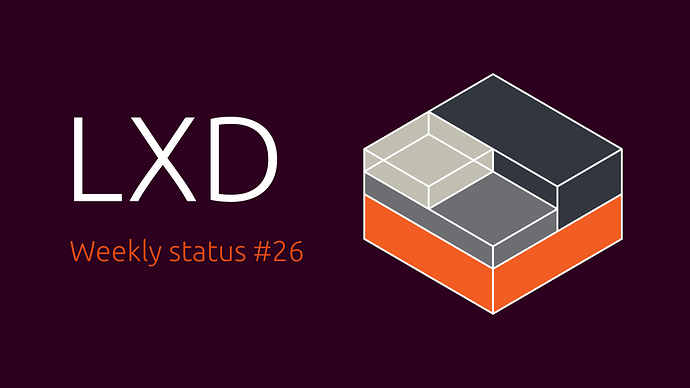 Weekly status for the week of the 27th of November to the 3rd of December 2017.

Focus this week has been on infiniband support and more clustering related work with a number of bugfixes, cleanups and refactoring on the side.

We’ve been doing some small tweaks and bugfixes on the LXD snap based on user feedback as more and more users are migrating to it. We’re also getting ready to push LXD 2.0.11 to a lot of our users, fixing a lot of bugs in the process and bringing some small usability tweaks too.

The FOSDEM CFP is now closed and we’re reviewing the 45 proposals we received and carefully checking how we can fit those in the schedule. We expect to send notifications to potential speakers by the end of the week.