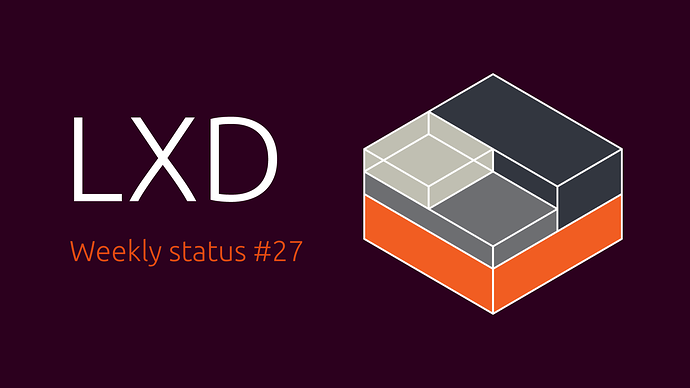 This past week was incredibly busy and featureful for both LXC and LXD.

We landed Infinband support in LXD, alongside new configuration keys to control the presence of /dev/lxd in the container and support for pre-migration of memory during container live-migration. That’s on top of a variety of bugfixes and other still ongoing feature work.

We’d like to give a shout out to Adrian Reber from Red Hat for the work on memory pre-migration in LXC and LXD as well as to the students of the University of Texas in Austin for contributing the /dev/lxd work in LXD and a number of refactoring of the LXC tools. It’s always great to get new contributors to those projects!

We’re now slowly preparing for LXD 2.21 due next Tuesday, hopefully getting a couple more features in there and fixing any last minute issues.