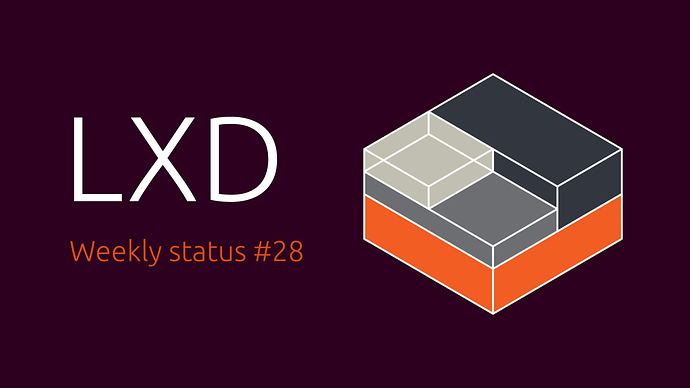 This is our last status update before we break for the holidays.

On the LXD side of things, this past week saw the inclusion of a couple of minor features (--all flag and boot.stop.priority option) and quite a few bugfixes.

In low level LXC, a lot of changes have been going on to improve handling of application containers, including namespace sharing, improved hook handling, improved CRIU integration and new configuration keys to configure container sysctl keys and the out of memory killer.

LXD 2.21 is schedule to be tagged tomorrow and we expect it to roll-out to most users before the end of year. This should be a pretty exciting release!

We’d also like to remind our PPA users that they need to switch to the LXD snap or to one of the in-archive LXD backports as we’ll be removing the LXD PPAs at the end of the year.