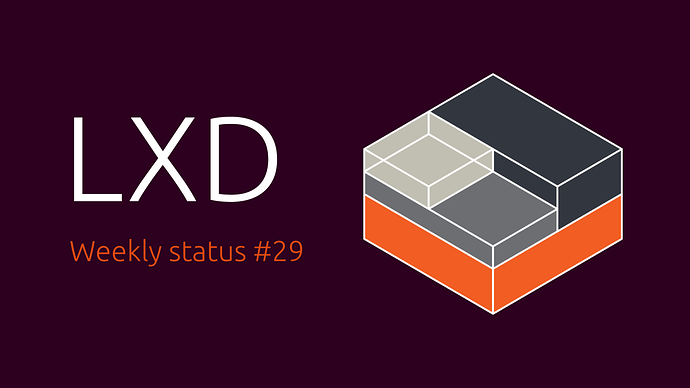 And we’re back from the holidays!
This “weekly” summary is covering everything that happened the past 3 weeks.

The big highlight was the release of LXD 2.21 on the 19th of December.

During the holidays, we merged quite a number of bugfixes and smaller features in LXC and LXD with the bigger feature development only resuming now.

The end of year was also the deadline for our users to migrate off of the LXD PPAs.
Those have now been fully deleted and users looking for newer builds of LXD should use the official basckport packages or the LXD snap.