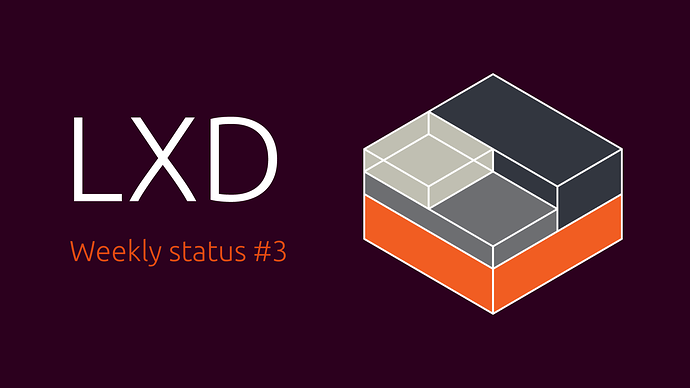 This week was a bit less busy than usual due to half the team taking some well deserved vacation time and the LXD 2.15 release being just around the corner.

Part of the LXD team will be travelling to Los Angeles, CA in September for the Open Source Summit, the Linux Security Summit and the Linux Plumbers Conference.

As part of that, we’ll be giving the following talks: