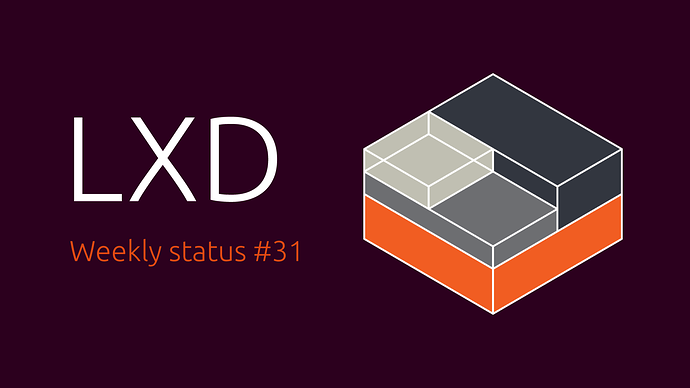 Nothing too major happened this past week. Part of the time was at an internal planning meeting and the rest have been working on clustering, preparation for 3.0 and fixing a variety of bugs.

Next week the entire LXD team will be travelling to Brussels to attend a small team sprint followed by FOSDEM! If you’re in town at some point between the 31st of January and 4th of February, let us know and we can meet!