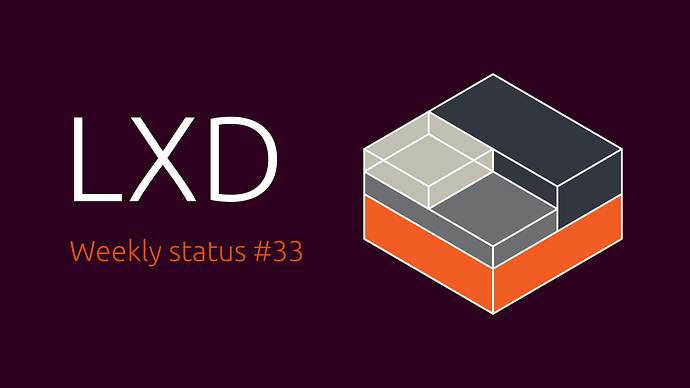 Weekly status for the week of the 29th of January to the 5th of February 2018.

This past week, the entire LXD team was meeting in Brussels to work together for a few days ahead of FOSDEM.

During those days, we’ve been looking into our short and long term plans, worked together on our upcoming clustering feature, discussed the ongoing work on the new image building tooling and got to debug a number of kernel issues.

A few friends from Cisco, NVIDIA, Kinvolk, Efficios and Emesa also joined us, spending some time chatting and working with us.

Over the weekend, we headed to FOSDEM, attending a few talks on the Saturday and catching up with various people there.

On Sunday we were running the containers devroom which ended up pretty much full all day long with about 400 attendees. We had a good mix of container related talks, covering everything from low level kernel features to much higher level orchestration and management tools. We’ll be publishing a separate post with links to the video recordings as soon as they’re all up.

As we’re all back home now, we’ll now be focusing on getting the few last pieces of our various 3.0 releases in order before we can start tagging alphas and betas very soon!