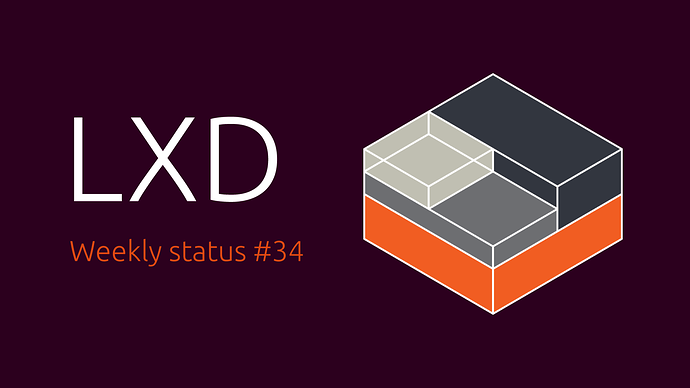 A lot happened this past week. @brauner is making great progress cleaning everything up in liblxc and related projects ahead of the 3.0 release, @freeekanayaka has been sorting out the last few missing bits for LXD clustering and @monstermunchkin has been busy working on our new distrobuilder tool!

On top of all that, we’ve landed a variety of smaller features in LXD based on past user requests. This includes support for retrieving symlinks, setting a custom gateway IP address on a LXD network, retrieving the list of DHCP leases through the API, a new subcommand to manage client aliases, a new subcommand to override a device coming through a profile and an option to get prettier log output through lxc monitor.

We’ve also fixed numerous issues and done a number of tweaks to our snap package.
At the request of some users, we’re now including nano as an alternative to vim.
Image updates now benefit from delta transfers and we’ve added a number of new debug subcommands and other small improvements.

The recordings of all our talks at FOSDEM 2018 are also available online now so you may want to check that out!