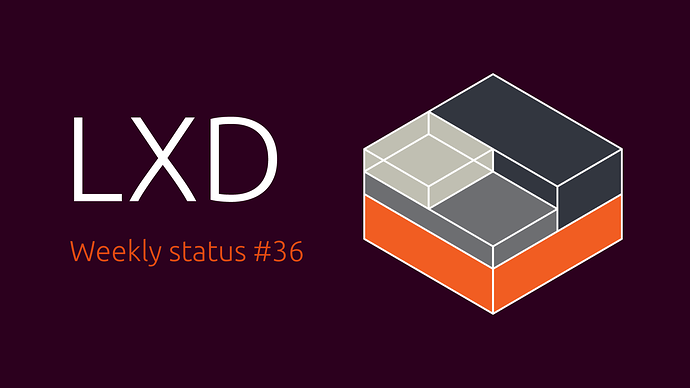 This past week we’ve been working very hard to land all those last few bits ahead of us tagging a number of 3.0.0.beta1 releases of all our repositories.

We’re now waiting for a few last bits to land, including LXD clustering and some reshuffling of templates, bindings and tools in LXC. The current plan is to start tagging a number of projects later today, tomorrow and Wednesday, with all of them making their way into Ubuntu by end of day on Thursday.

Note that all of those will be beta releases and so will not see our usual backporting effort at this point nor get full release announcements, we’ll keep all that for the final 3.0 release in about a month’s time.

For snap users, we expect to push all of this to the currently unused beta channel, allowing you to try the upcoming LXD 3.0 along with the matching LXC 3.0 and LXCFS 3.0.

Thanks for your work as usual