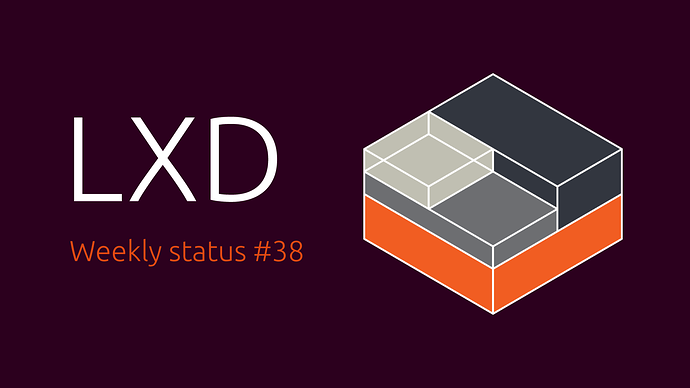 This past week the LXD team was meeting in Budapest, Hungary.

We spent most of our times working on a number of issues targeted at the final 3.0 releases.

@freeekanayaka worked with @stgraber to track down an fix a testing regression on s390x, then worked on CEPH support in LXD clustering as well as fixing some DB upgrade issues encountered by some of our beta users.

@monstermunchkin and @stgraber spent most of the week working towards getting identical image builds from distrobuilder as was produced by the old tooling.

@brauner worked on a number of kernel issues, tracking down some recent regressions in PTS handling affecting LXD containers.

@stgraber spent a bunch of time continuing the cobra port of lxd which should be ready to merge later this week, before continuing with porting the final tool, lxc itself to that new command line parser.

During that week, we also released the beta3 of LXD 3.0, fixed a few smaller unrelated bugs and gave a presentation at a Devops Meetup in Paris (remotely through video conference).

As distrobuilder is now out of its initial development stage, it’s been added to the summary below and will now be included in our weekly updates.