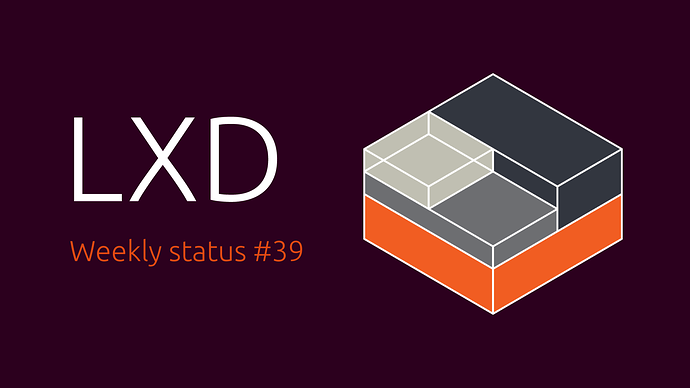 The focus for this week was on CEPH and LXD clustering, trying to get the last few remaining pieces to work together properly. We’ve tagged a couple more betas as we went through that.

We’ve also spent a good chunk of time getting Ubuntu and Debian images to switch over to distrobuilder. They’re now both building daily on Jenkins and we’re just a few changes to our publication logic away from switching to them by default on the image server.

On the LXC side, we’ve done a few last minute cleanups and tagged another beta.

We’d still love to get more feedback on the current betas as we work out the last few issues before the final 3.0 release.