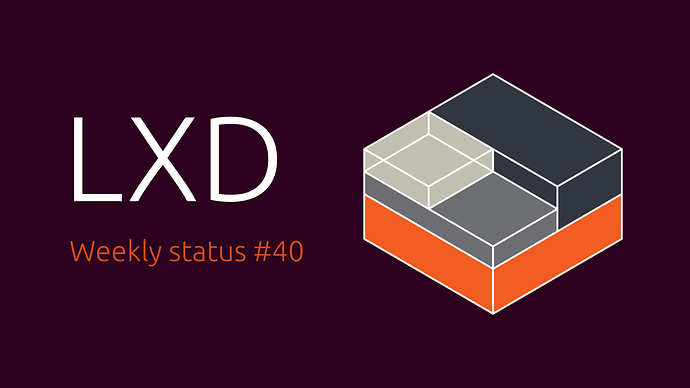 This week we released another LXD beta and two LXC betas.
We also made good progress replacing the command line parser in LXD, finishing the port of the lxd command line tool with only lxc left to port at this point.

Remote copy and move of storage volume was completed and merged in LXD, as was the addition of a new lifecycle event class and a number of improvements to the clustering code.

We’re expecting the final release of all projects to happen this week, with components getting tagged as they’re considered ready. Release announcements will be published as we finish writing them.