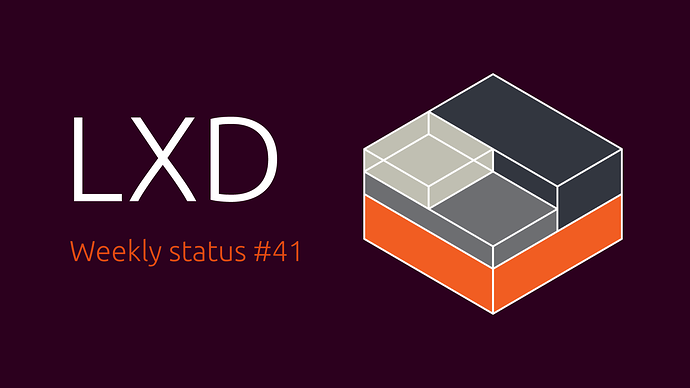 The highlight for this week is the release of LXD, LXC and LXCFS 3.0!
Those 3 releases are LTS releases and will be supported for the next 5 years.

The relevant release announcements can be found here:

We’d like to thank every one of our contributors who made this possible!

The rest of the week was spent tracking down and fixing bug reports, setting up CI and git branches for all the new stable branches, writing the release announcements and demos and releasing packages for all of the different releases.