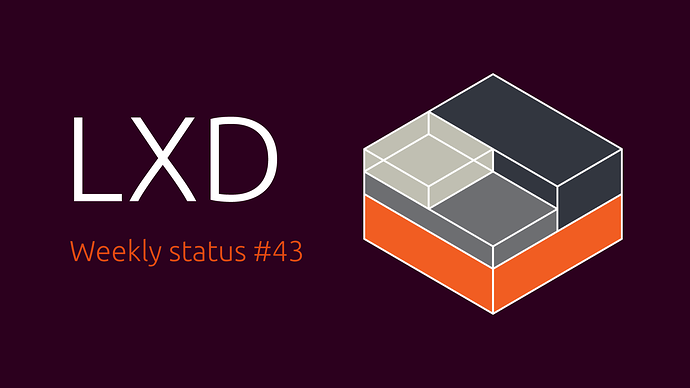 This week’s focus was on bugfixes with a good number of clustering related fixes and improvements as well as some tweaks and fixes to other recently added features.

On the feature development front, the current focus is on improving the database tooling in LXD and adding a new backup feature to the API to implement container export/import.