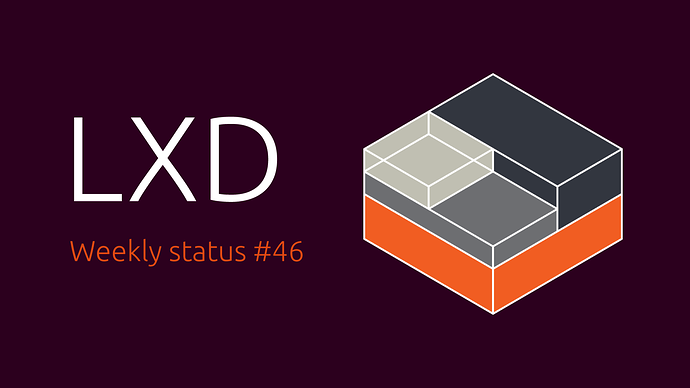 This was another relatively slow week for us development wise. Some of us were traveling to Berlin for some meetings and the rest was focused on bugfixes, some feature work and updating the snap quite a bit.

We now have a pretty good idea of what we’ll be doing over the next 6 months, so you can expect to see this reflected in Github issues in the next few days as we define the next few milestones.

After dealing with a couple of issues with the Debian images, the Ubuntu images have now been switched to using distrobuilder as their build mechanism. Next up for the distrobuilder switch should be CentOS.

This week, our focus is on fixing a few last issues prior to LXD 3.1, then release that first feature release of the 3.x series, after which we’ll be back to our usual monthly cadence of releases.