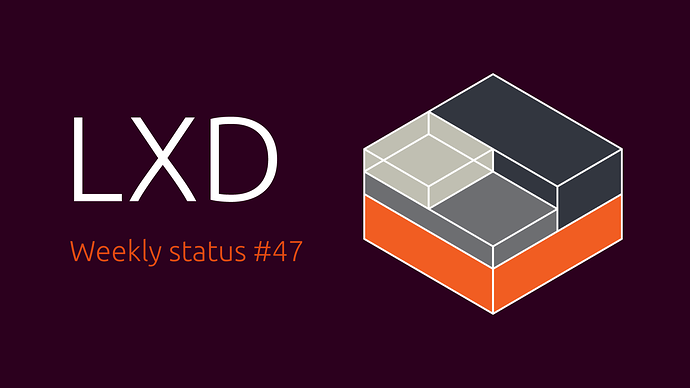 Last week was supposed to be release week for LXD 3.1 but due to a number of technical issues and some needed fixes in targeted branches, we ended up pushing the release another week, now scheduled and on target for tomorrow.

On top of last minute touches for LXD 3.1 and dealing with the usual set of bug reports, we’ve also been planning the next few months, creating issues for all expected new features as well as setting up the next set of milestones.

The list of upcoming features can be found in the soon milestone on Github.
Features that are being worked on will appear in the list below and get targeted to a particular LXD milestone.

This week, @stgraber will also be giving a talk about Containers and security at the NorthSec security conference in Montreal, Canada.

Containers and security - - - is there some way that we could get either a video of the talk or a written copy (a written summary might suffice)? (Please! I think this is information that the ‘normal’ user really needs - - - at least I think I do! - - -

The talk will be recorded and made available on Youtube a few weeks after the event.