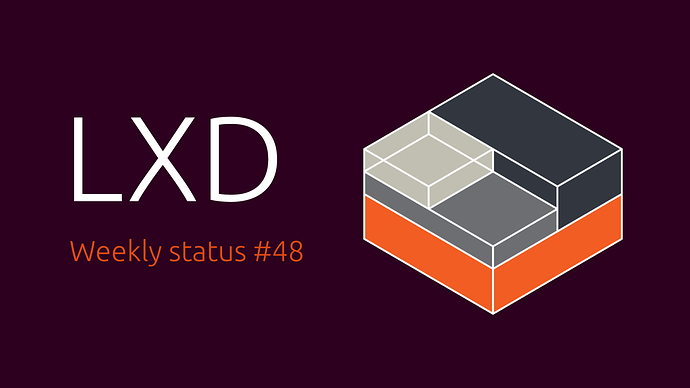 This past week was the release of LXD 3.1 with the highlight being the new backup API and a large number of fixes and tweaks on top of LXD 3.0.

We’re now working on backporting a lot of those fixes back to the LXD 3.0 branch ahead of us tagging the first round of bugfix releases for LXC/LXD/LXCFS 3.0.

The LXD team was also present at the NorthSec security conference in Montreal, presenting on container security, handing out a large amount of stickers to attendees and then running over 20000 containers as part of the CTF part of the event.