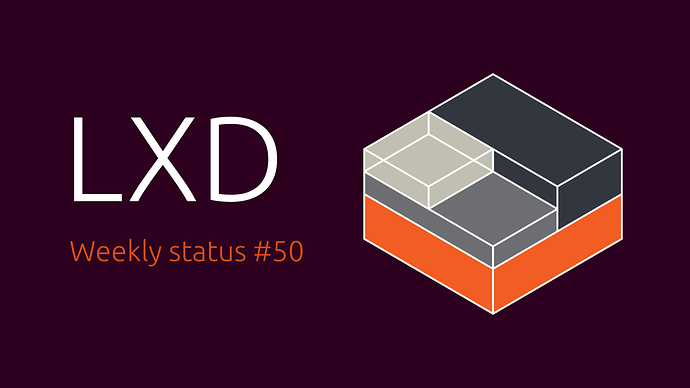 The rest of our time was spent on a number of tweak to the LXD snap, finally pushing out LXD 3.1 to all snap users as well as a wide variety of bugfixes to LXC and LXD.

On the feature front, good progress was made on the copy/move of local containers between storage pools as well as improvements to the proxy device in LXD.