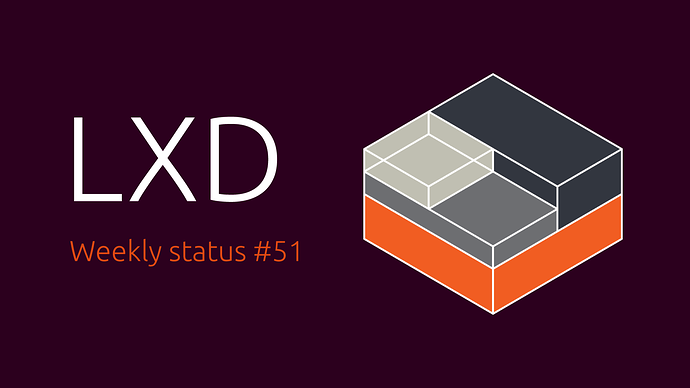 With 3.0.1 behind us, this week was spent dealing with packaging the new bugfix releases, updating the snap package and fixing a number of newly reported issues.

Feature wise, we landed long awaited the cross-pool container copy/move and have made good progress on a number of improvements to the proxy device.

Half the team is now on vacation or away for other reasons so we’re expecting slightly slower progress than usual over the next week or so.