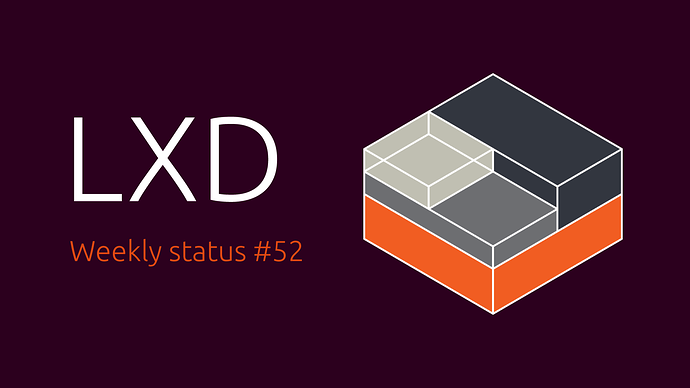 The focus for this past week was clearly on bugfixes, with a lot of fixes making their way into liblxc, solving a number of subtle resource leaks and race conditions.

On the LXD side, a lot of improvements went into the proxy device, which now supports UDP and Unix sockets, has much better error handling and work is ongoing on supporting port ranges.

The LXD cluster API was improved to simplify joining a new cluster member into an existing cluster. And a number of issues have gotten resolved ahead of LXD 3.2.

LXD 3.2 should be released in the next day or so and LXC, LXD and LXCFS 3.0.1 should become available to all Ubuntu 18.04 users by the end of the week, followed by backports to Ubuntu 16.04.