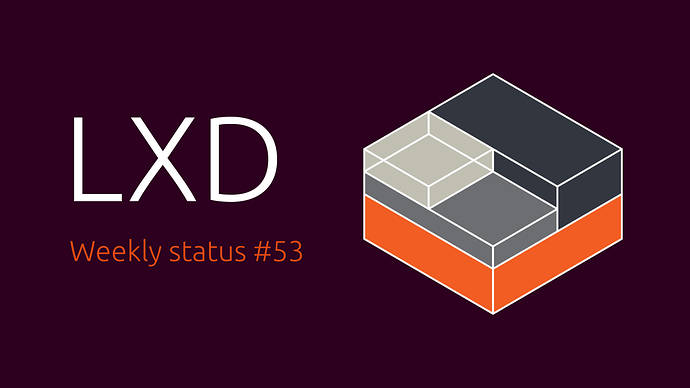 The main focus this week was the release of LXD 3.2.
After running into a few last minute issues with the proxy device, we finally made the release on Thursday. It’s now available in the candidate snap channel.

We’ve now started working on the next set of features targeted at LXD 3.3 as well as fixing a number of small issues in the 3.2 release which we’ll include in the stable snap prior to release.