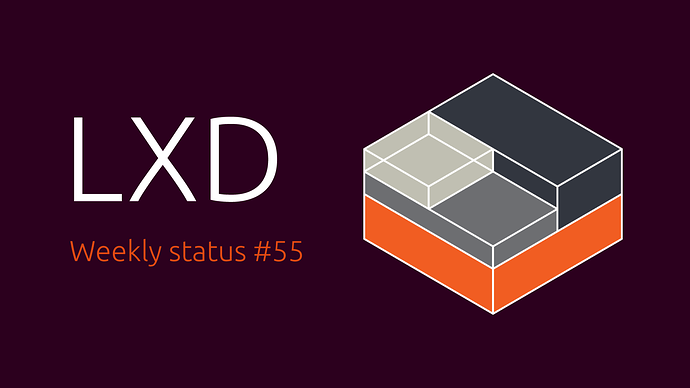 This week we added some more options to the “proxy” device in LXD, implemented container delete protection and fixes a variety of LXD issues. We also have a pull request now up for the new lxc-to-lxd which needs some help to go through testing before getting included.

On the LXC side, we fixed a number of logging issues, CGroup configuration and did a bunch of code refactoring to reduce duplication between commands/library.

We’re also still actively working on getting Centos moved over to distrobuilder, hopefully shortly followed by the ArchLinux images.