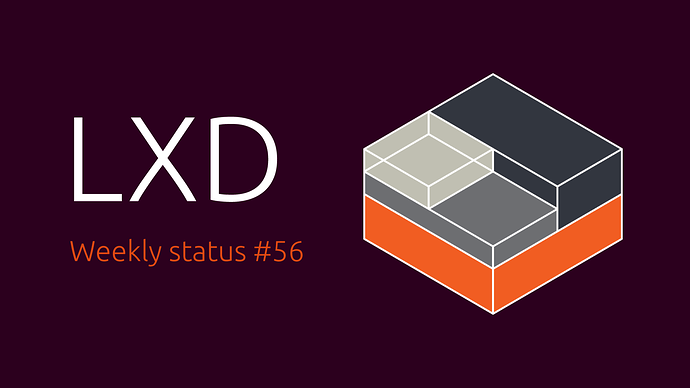 A lot got merged this week, the new lxc-to-lxd was included, we added a way to override device configurations during copy/move, added some more configuration keys to the proxy device and added a way to extract a LXD preseed from a running server. That’s on top of a healthy shared of bugfixes.

On the LXC side, a new lxc.monitor.signal.pdeath configuration key was added and quite a bit of refactoring and bug fixing happened.

Lastly, on the packaging side, we’ve been updating the snap package, including a wide number of fixes in there, improved lxd.migrate a bit, updated CRIU to 3.10 and added logic to copy older client configuration to the snap.