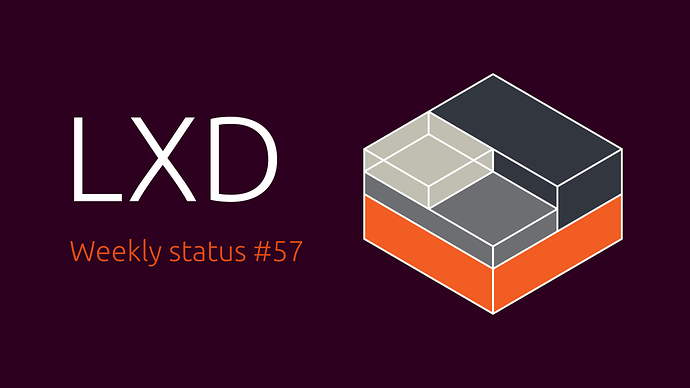 This past week, part of the team was traveling to a management meeting, the rest of the LXD team has been busy with bugfixes and features, gearing up for LXD 3.3.

A number of issues around the network API in LXD have been tracked down and resolved.
Quite a bit of work was done reworking dqlite to improve performance of the LXD clustering database, this will unfortunately miss LXD 3.3 but will be in LXD 3.4.

We’ve also done some smaller changes like adding support for the PROXY protocol in the proxy device, made it possible to delete storage pools that only contain internal image volumes and improved error and documentation.

LXD 3.3 is now scheduled for release on Wednesday (25th) assuming no major issues are found in testing.

More work also went into the upcoming switch from .deb package to the snap for Ubuntu 18.10 users. A test package is now available (Ubuntu 18.10 only) that will do the automated migration. Should you have a test system around running Ubuntu 18.10 that you want to try this on, just do:

Issues with the upgrade should be reported at https://github.com/lxc/lxd-pkg-snap/issues