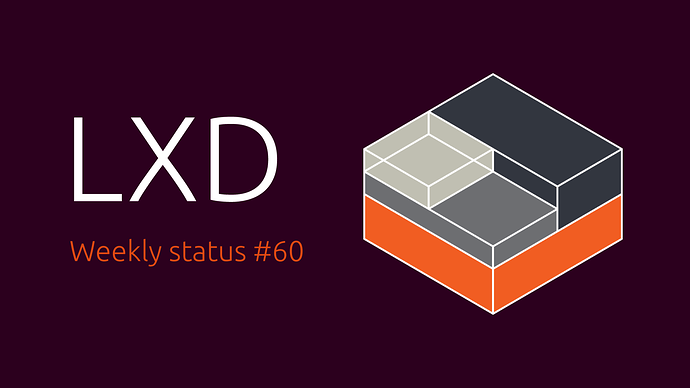 This past week we spent a bit of time making LXD scale better by running a cluster with about 2000 active containers, checking what took longer than expected and making a few small optimizations to LXD which offered massive performance boosts.

Still on the clustering side, we’ve merged support for DNS clustering where LXD clusters using the FAN bridge will now get a single view of DNS on all nodes.

And then we have the usual set of other small improvements and bugfixes as well as some remaining fixes following the big dqlite change from last week.

This week, our focus will be on releases as we plan on releasing LXD 3.4 tomorrow, followed with a round of stable releases (3.0.2 for LXC, LXCFS and LXD) later in the week.

We’re also getting ready for conference season, you can find the full list of events we’ll be attending or presenting at below and have just opened the CFP for the containers micro-conference we run at the Linux Plumbers conference.